Although electric vehicles have been with us since the dawn of the automotive age, only recently have they been gaining more in popularity. The rise of EVs is not just the industry’s push towards new technologies, but also the result of significant pressure from governments and legislators towards a more sustainable and zero-emissions future. Right now, electric vehicles are equally a political matter as they are an industrial one since the world is geting ready to do away with all the technologies known to cause pollution. Of course, such market transition will not be easy, and today we will look at China’s plans to become the leading nation in EVs in the future. 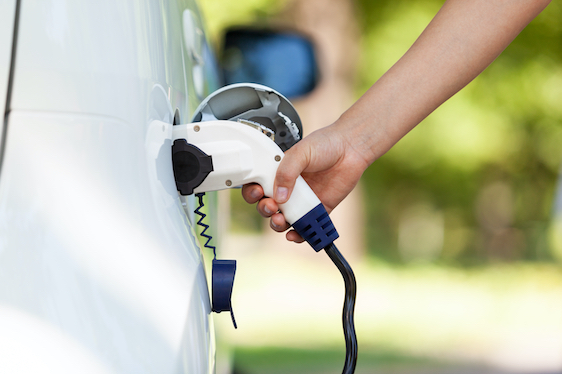 As you probably know, China is the world’s biggest car market, and in 2020, car manufacturers sold almost 20 million new cars there. This astonishing figure is even less than what was predicted since the COVID-19 pandemic limited the full potential of this market. At the moment, China is way ahead of other major car markets like the United States, Japan, or Germany. However, being the most lucrative car market has its downside in an alarming rise in pollution in urban areas. In the last couple of years, major cities like Beijing were covered in thick smog for weeks, which showed the authorities that such expansion wasn’t sustainable and that the solution for this problem must be zero-emissions vehicles. In fact, one of China’s biggest domestic problems is air pollution at the moment.

The government itself caused this problem since it is known that vehicles sold on China market have less restrictive emissions standards than the ones sold in the US or Europe. Back when this market had started to emerge, legislators decided to allow less stringent measures hoping to lower the price of new vehicles. That policy has proven to be shortsighted since China faces extreme pollution and is very dependable on fuel import. In order to fight both of those problems, China is now turning to EVs in an effort to place itself in front of America or Europe.

One of the first things that the Chinese government proposed, is the state-backed initiative for all EV startups and companies: Not only for manufacturers of complete vehicles, but also for producers of batteries, software, and EV components. This initiative was envisioned by former Minister of Science And Technology, Wan Gang, to boost new technology developers. The idea was to introduce clean transportation solutions and promote exports of such vehicles, components and technology to other markets.

Critics of this program state that the EV market would not exist if it weren’t for the government’s help. However, even if this was the case, the government’s job is to help develop sustainable solutions regardless of the costs. At this moment, the Chinese car industry has several EV models on sale and has reported that battery production is ramping along with lowering the cost of the whole process. At the same time, foreign companies like Tesla are reporting a rise in sales in the Chinese market. In 2020, Tesla sold over 137,000 EVs on the Chinese market. For now, it looks like the government’s initiative has done its job; it has helped promote the transition of the EV models to automotive mainstream, offered customers the choice of numerous models, and kept the costs to acceptable levels.

Chinese customers seem to have accepted electric vehicles, but the overall acceptance rate is still low, although better than in comparable markets like the US and Europe.

Even though the Chinese EV market is predicted to be about 1.3 million units in 2021, this number would still insufficient to change the local automotive landscape drastically. If we know that the number of new car sales should exceed last year’s level and pass the 20 million mark, we can see that electric vehicles would only capture 5% of the new car market. While this is not much, it is still better than 2.2% in the US or 4.2% in Europe, but far from the government’s predictions of 21% by 2025. In fact, around 40% of all EVs made worldwide are sold on the Chinese market, which could be considered a significant achievement. It is evident that Chinese customers have accepted electric vehicles, but the overall acceptance rate is still low, although it is better than in comparable markets.

The biggest obstacle on the road to sustainable and zero-emissions automotive reality in China is that this market still finds itself in the development stages and that over half of a billion people live in remote, rural areas. Those people are relying on cars and vans for essential communication and transport. They are not very open to the idea of an electric vehicle, simply due to lack of infrastructure, specific maintenance, range anxiety, and costs.

Too many small manufacturers

The third biggest problem is the sheer number of domestic EV manufacturers. You might think that it is an ideal situation to have a market with different companies concentrated on the same goal. However, according to China’s current Ministry Of Industry and Information Technologies, Xiao Yaqing, the companies are small and scattered. In order to make a real impact, those companies need to restructure and merge to create a considerable force that could counter both the manufacturers from Europe and the US, and the predicted rise in those markets. There are currently 300 small companies in China involved in EV production.

Electric vehicles are gaining popularity in China. The government wants to back EV startups and companies, to introduce clean transportation solutions and. However there are still many hurdles along the way, with billions living in rural areas, insufficient charging stations and too many small companies competing against each other.